Skip to content
I’m glad Arizona Gov. Jan Brewer vetoed the utterly awful “Religious Freedom Restoration Act,” approved by the Arizona legislature, which would have essentially legalized discrimination against LGBT people, provided the bigot doing the discriminating used a religious excuse.
I’m glad of the veto, but Gov. Brewer deserves no flattery, not when her comments about the veto amounted to “the act would have created more problems than it solved.”
Sorry, guv. You’re making an awful mis-reading when you suggest that act would have “solved” anything, because bigots being held accountable for discrimination is not what rational people call a problem.
If Arizona’s legislature were composed of even mostly rational people, though, such a bill would never have become an act awaiting the governor’s signature.
And if the nation as a whole were mostly rational, such idiocy might be limited to Arizona. Alas, similar bills are bouncing around the halls of several other state legislatures, including those of my home state.
I’d love to live in a Georgia where such a thing doesn’t even merit discussion, but that’s probably more years away than I have left to live.
I grew up here. Along the way I’ve met people who still aren’t over the Civil War and with whom the notion of “equality for all” doesn’t even apply to race. Asking such people to extend equality to the LGBT community is akin to asking a rat to do your algebra homework — you’re just going to end up bitten and shat upon.
And yet I live with hope, even in red Georgia, because little signs of change abound, and I have faith that time will grind all bigots to dust.
Faith, right?
Were I a religious man, I’d proudly point out that the absence of a “Religious Freedom Restoration Act” hardly stops me from saying so, either. 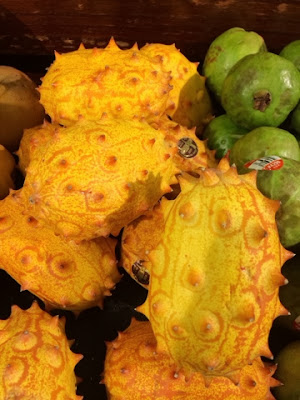 The man in line behind me at the supermarket is purchasing dozens of cans of cat food and a six-pack of Corona.
I do not want to stare. I do not stare. But I wonder.
Does he have many cats and therefore need to buy this much on a regular basis? Maybe he has just one cat and a stock-up shopping attitude.
Does he have cats at all? Maybe he is actually allergic to cats but loves them anyway and this is his donation to an animal shelter and the Corona is for the pain.
Does he plan to eat the cat food himself? The only other thing he’s buying is Corona …
Then I’m paying and I’m carrying my bags and I’m driving my car and I’m sitting on my couch all while the man is somewhere with his dozens of cans of cat food and his six bottles of Corona, probably living a more interesting life than any I imagined for him.

I’m thrilled to see the Atlanta Braves extending so many of their great young players. I look forward to watching this fantastic group for many years.

Mind you, come 2017 I’ll be watching only from home; I am not at all interested in fighting traffic into Cobb County to sit in the sun in a crowd of 40,000. Nope. Not even a little.